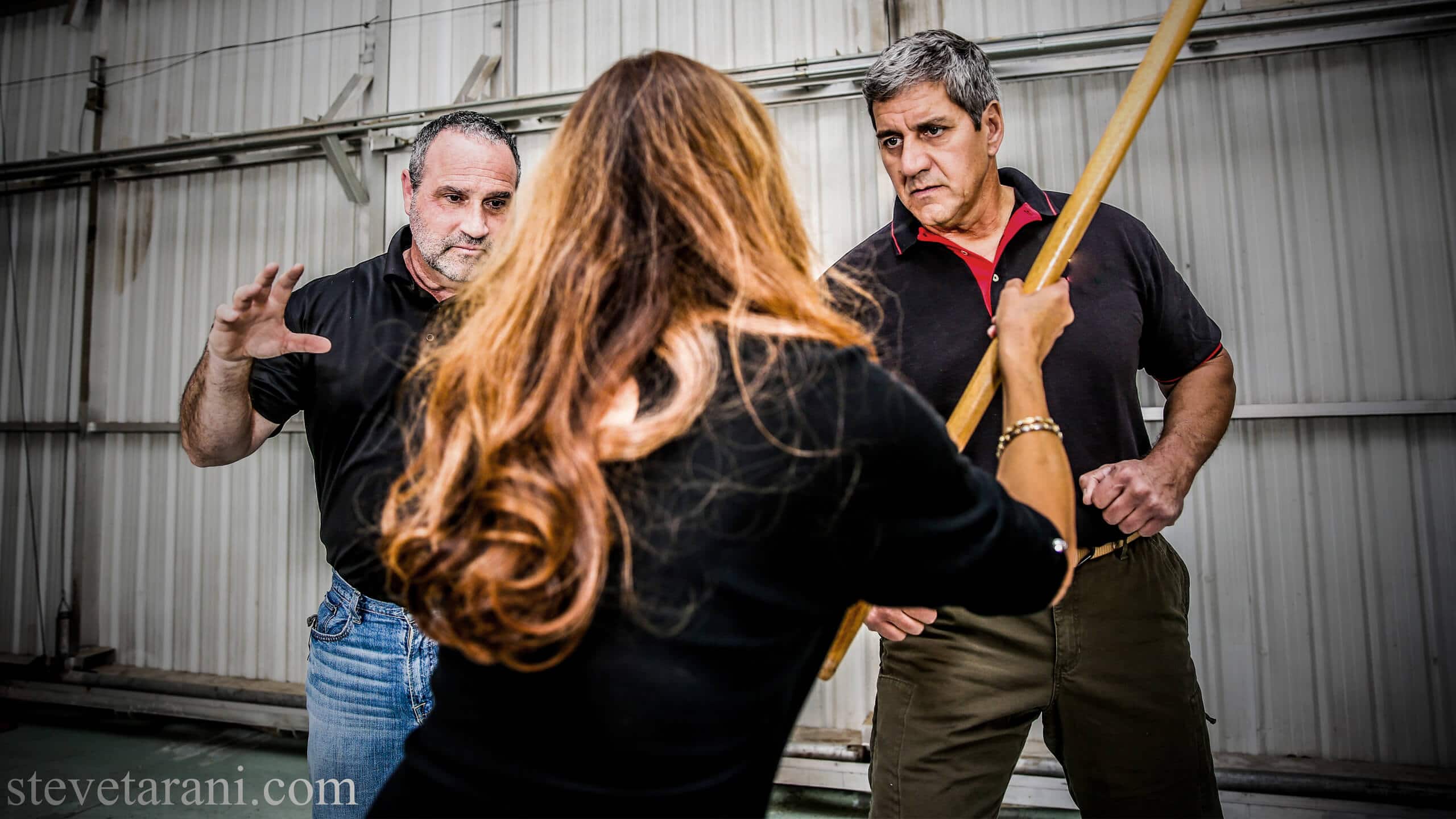 In the event you find yourself directly in harm’s way and don’t have access to your firearm, you have only one of two viable tactical solutions:

Without your carry gun, which is a ballistic weapon, you have the defensive option of non-ballistic weapons such as edged, flexible and impact. Let’s focus on impact weapons here.

Of course, exiting from the threat area is always your very best option, but if you don’t have the time, space or opportunity to get away, then you will be challenged with immediate use of force against one or more potentially armed attackers.

Unable to exit, the only remaining option is to quickly put something in your hands to equalize the force being used against you. Aside from dedicated tools such as batons or a walking stick, there are many other readily available improvised impact weapons that can get the job done.

You should use anything you can get in your hands. These can include things such as your flashlight, a rolled-up magazine, broom handle, baseball bat, tire iron, ax handle, rock, stick, plumbing pipe, frying pan, crowbar, walking cane or any other sturdy object that can withstand substantial impact.

The most innocuous yet most effective of these is the walking stick/cane, which few people know can be used as a remarkably effective defensive weapon. Incidentally, unlike a gun or a knife, they can be carried in places where firearms and edged weapons are not permitted.

The Filipino Martial Arts (FMA) offer unparalleled training in the carry, access, rapid deployment and operational manipulation of impact weapons in self-defense. In addition to striking, an impact weapon can be used to deflect an incoming attack, take down single or multiple attackers, or allow you to control the situation at a safe distance.

Fight for Your Life

Once you’ve identified your favorite impact weapons, what three things should you know if you had to fight for your life with an impact weapon?

Although there is way too much information to squeeze entirely into this piece, there are three essential training tenets that you need to know if you had to fight for your life with an impact weapon. They are as follows:

How to Strike: Impact weapons may be applied in either a non-lethal or lethal manner, based on appropriate use of force necessary to stop the threat.

The most common impact weapon strikes are the baseball bat strike (if you have enough space) or the two-handed strike to the trachea using the middle of the stick (if you are extremely close and have no time or space to move).

Unlike ballistic weapons which are powered by combustion, impact weapons require generation of force via body mechanics, transfer of kinetic energy and the controlled placement of both.

To create optimal impact, you need to create at least two intersecting force vectors. Imagine a car traveling 50 mph smashing into a parked car, versus a car traveling 50 mph in a head-on collision with another car also traveling at that same speed. You want to generate maximum linear force created by your body. The martial arts training tenet here is to “attack the attack.”

Generate two force vectors and apply them to the intended target area. The first force vector is the centrifugal force generated by your arms and the swing. This is like a baseball bat swing or a golf club swing — do not stop short; go all the way through. This is commonly referred to as follow-through on that swing.

The second force vector is the linear or kinetic force of your body moving toward the target area by stepping forward. By combining both force vectors (centrifugal and linear) and placing them on a single point on your target, you have maximized the usage of your impact weapon as an effective self-defense tool.

Stay Mobile: After delivering your strike(s), it’s not recommended that you “stay and play” any longer than necessary. In those few split seconds of violence, your opponent(s) may have had time to plan a counterattack. A moving target is always more difficult to hit than a stationary one.

Additionally, you want to move to a better physical position or “position of dominance” that provides you the tactical advantage.

Movement away from an exposed intersection or doorway to higher ground (upstairs), behind cover or concealment, or to an area that places an obstacle between you and your assailant(s) gives you the upper hand. The longer you can stay ahead of the action-reaction power curve by staying mobile (constantly changing physical position), the greater your odds on managing the threat.

Buy More Time: In any violent physical altercation, there are two major considerations — time and space. You can either control these two combat elements or be controlled by them. By striking and moving to a position of dominance, you have taken the initiative — which also buys you time. More time equals more options and greater opportunity to solve the tactical problem.

The converse of this is also true. Less time equals fewer options and less opportunity to solve the problem. Toss a trash can, put something between yourself and your attackers, throw something at them or hit them with your impact weapon again. Do whatever it takes to buy more time so you can get your hands on a better weapon (like your gun), get into your car or head back to the chopper!

Obviously, your best option is to avoid threats, but if one presents itself, do what you can to get away from it safely and quickly. If that is not an option, then it’s a good idea to be prepared to improvise defenses as mentioned above. It could make the difference between life and death.