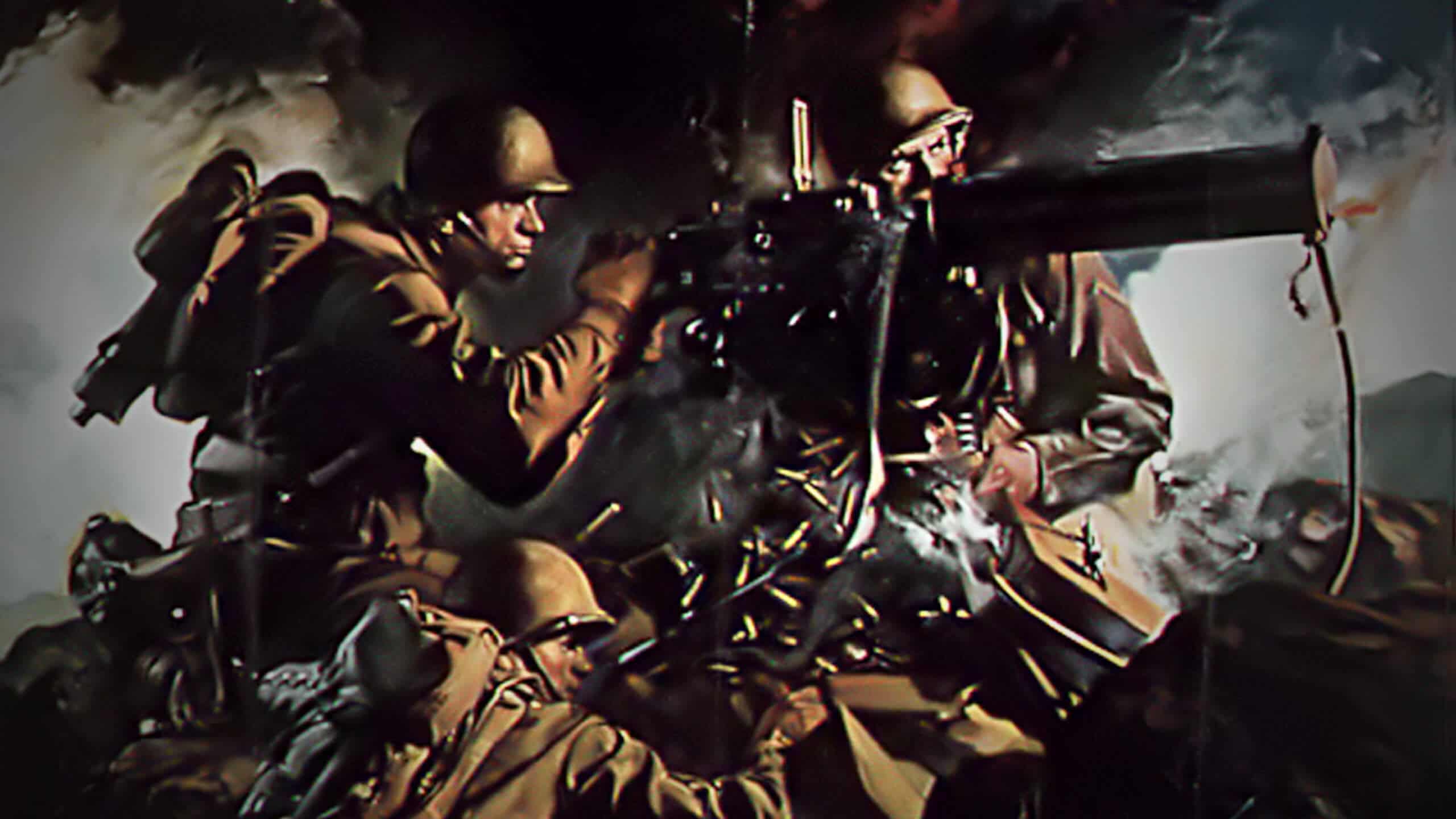 When Germany invaded Poland on September 1, 1939, America was only beginning to recover from the Great Depression. By September 3rd, Britain and France had declared war on Germany. World War II had begun. In the United States, more than 70 percent of the voting population wanted nothing to do with another European conflict.

Throughout the 1930s, America had stayed out of the many conflicts around the world: The Spanish Civil War, Japan’s invasion of China and Italy’s invasion of Ethiopia. The growth of fascism and communism in Europe, along with the aggressive expansionism of the Japanese empire, was concerning to many Americans, but not so much as to move the nation from isolationism.

When Germany attacked Western Europe on May 10, 1940, it took only six weeks for Nazi forces to subdue Denmark, Holland, Luxembourg, Belgium and France, as well as to drive the British Expeditionary Force off the continent. England stood alone.

Americans were shocked by Germany’s sudden and complete domination of Western Europe — Hitler had become much more of a threat than anyone had anticipated. President Roosevelt had consistently warned against the dangers of Nazism, but during an election year, with the economy still weak, America was not ready to commit to war. America did expand its tiny armed forces through the Selective Training and Service Act of 1940, but the U.S. military was quite small compared to European forces at that point.

When Roosevelt was reelected in November 1940, he did not receive a mandate to go to war, but the President did take America to a position of strong support for England while maintaining neutrality. By 1941 he proclaimed America as the “Arsenal of Democracy” behind the new Lend-Lease Act. Through Lend-Lease, America would provide weapons to its allies without direct payment.

Meanwhile, Germany pressed on, and by December 1941 German troops had taken Yugoslavia and Greece, secured the island of Crete, driven the British back in North Africa and laid siege to Tobruk. Even worse, Hitler’s troops had invaded the Soviet Union and had advanced all the way to the gates of Moscow.

Ready or not, the Japanese attack on Pearl Harbor, Wake Island and the Philippines brought America into World War II. America’s commitment to neutrality lasted right up until she was suddenly and brutally attacked by the Empire of Japan. On December 11th, in keeping with their Axis agreement with Japan, Germany and Italy declared war on the United States. Freedom and the sanctity of life around the world was threatened and America would come to its defense.

America’s level of commitment to defeating the Axis Powers was absolutely Herculean. Industries across the United States quickly revamped, retooled and expanded to make good on President Roosevelt’s promise of the Arsenal of Democracy. To bring forth a massive wave of national attention to the war effort and to keep productivity high throughout the war, America’s propaganda machine went into overdrive (to see the war posters of World War I, click here).

World War II introduced the idea of a global war based in conflicting ideology. Compared to the First World War, there was no difficulty in identifying the enemy or motivating Americans to fight against fascism. For the duration, the American propaganda war was focused on establishing and maintaining momentum through the long years and despite the losses. Posters focused on several key issues:

During World War I, many works of U.S. government poster art displayed firearms as the symbols of American pride, ingenuity and technology. Many of these weapons became iconic images and enduring symbols of America’s growing military might in the World War I and the immediate postwar era.

With World War II came many new small arms, along with some from World War I that remained in U.S. service. The semi-automatic M1 Garand rifle (adopted as the standard U.S. service rifle during 1936 — to read more about this, click here) was featured in poster art more than any other weapon. Through its performance on the battlefield and its recognition on the home front, the M1 rifle became an enduring symbol of America’s victory in World War II.

In the early stages of America’s involvement in World War II, the M1903 rifle was regularly seen, as the iconic Springfield rifle remained an important combat rifle for U.S. troops through 1943.

Meanwhile, the .30-caliber Browning M1917 water-cooled machine gun and the Browning Automatic Rifle (BAR) — both introduced in World War I — were frequently featured. (To learn more about the BAR, click here.) The M1911 pistol remained as the U.S. service pistol, retaining its title as the most powerful military handgun in service.

Other new American firearms made their way into the posters, particularly the M1 Carbine (to learn more about the M1 Carbine, click here). Occasionally the Browning M1919 .30 caliber air-cooled machine gun appeared, along with lesser-known weapons like the Reising M50 .45 caliber submachine gun.

But not every one of your favorite guns were represented. Two famous firearms notably absent in wartime posters were the Browning M2 .50 caliber machine gun and the M3 “Grease Gun” submachine gun.

Regardless of which weapon they showed, U.S. wartime posters instilled workers with pride, and attracted recruits with the confidence of superior American firepower.