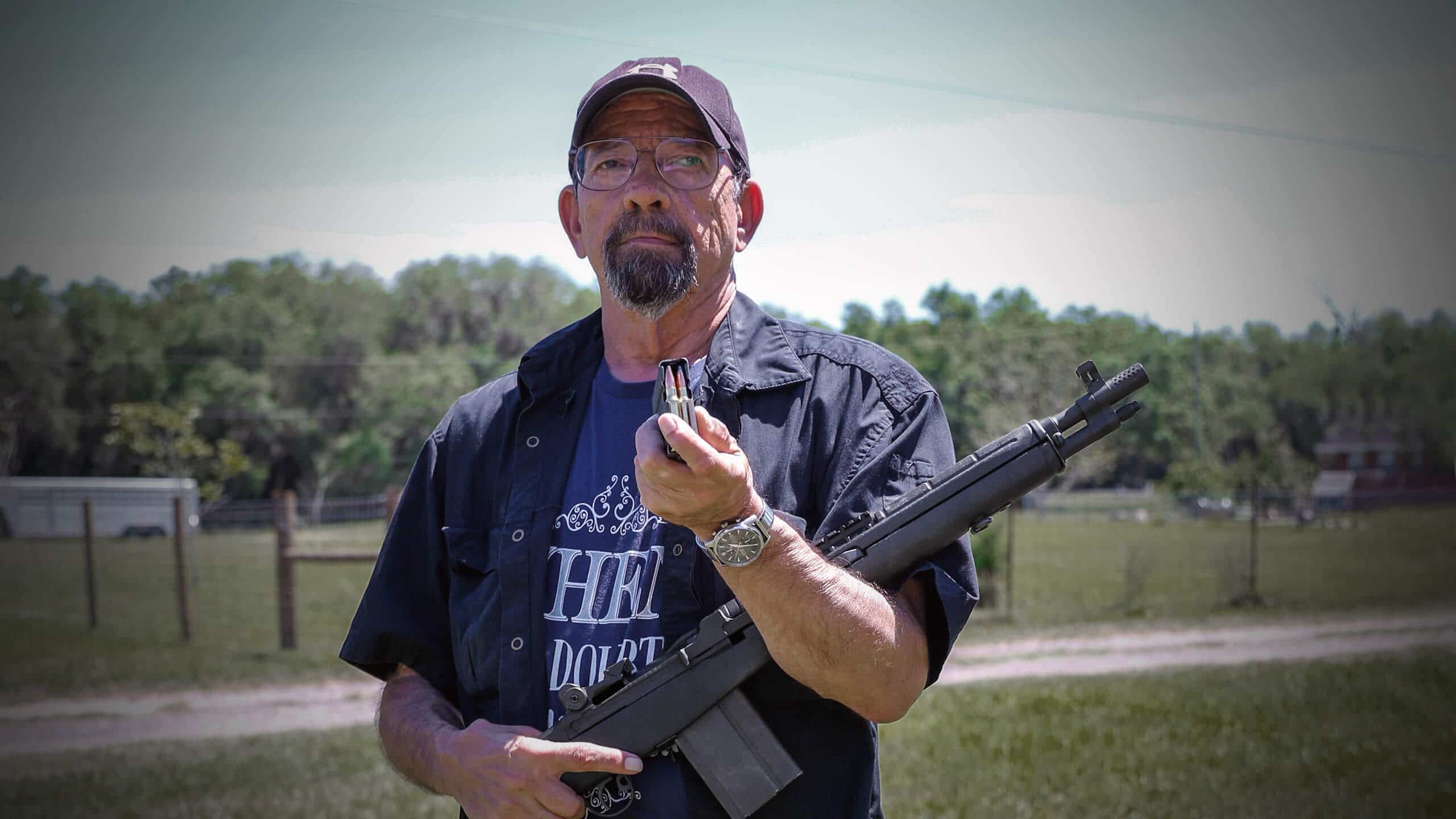 First, let’s define SHTF as treated in this article. A simple quiz. Question: “What is ‘The Walking Dead’?” Possible answers are (A) a television fantasy show, (B) a training film, (C) a documentary. If you answered anything but (A), please stop reading this now.

In a matter of weeks several months back, America went from normal to hitherto-unseen massive unemployment, shortage of critically needed goods, and a plague compared to the Spanish Flu of 1918 plus predictions of a depression equaling or exceeding that of the 1930’s.

All of a sudden, it looked as if the S(tuff) was going to Hit The Fan. People who had never owned guns before started buying them en masse, and those of us who already had them discussed, “What guns for SHTF?”

The answer, of course, depends on what kind of “S” we expect to hit which “F.”

This writer lives more or less in the boondocks, in a part of the country subject to enough natural disasters that most folks keep plenty of food, water, gasoline and generators on hand. Those who make predictions about such things most fear urban dwellers who will quickly run out of food, become desperate, and go mobile and predatory, first raiding sources near them and then ranging out into the hinterlands. Road pirates, if you will.

While I think a semi-auto .223 is an excellent choice for urban self-defense use and have more than a couple on hand, as I look out over my acreage, I’m pretty sure that the first firearm I’d reach for would be my Springfield Armory SOCOM 16.

Friends who sail the seas armed in areas where boats get hijacked and the legitimate owners’ corpses get dumped in the water tell me that drilling large holes just below the attackers’ waterline can be expected to have a powerful deterrent effect. The analogy with “road pirates” would be that the threat would come on wheels. In my decades as a law enforcement trainer I saw enough vehicles get shot up to know that I’d want a .308 for reliable, decisive penetration of auto bodies and safety glass.

Yes, a shotgun with penetrative Brenneke 12 gauge slugs would do admirably for that, but one would be limited to somewhere between one and 10 rounds before reloading became necessary, and if those vehicles contained hostile armed occupants, a .30-cal. autoloading rifle would seem much more practical.

During World War II, the legendary Audie Murphy destroyed a German staff car and its occupants in a few seconds with a borrowed BAR, and somewhere I have a photo courtesy of the Imperial War Museum in London of a similar vehicle destroyed with a BREN gun. So needless to say, a .30-caliber has some punch behind it.

When the SOCOM 16 was introduced midway through the first decade of the 21st century, its keynote feature was its 16.25” barrel tipped with a brilliantly designed little compensator. It featured an expansion chamber to pull recoil forward away from the shoulder and ports on top to jet gases upward and help keep the muzzle down.

The improvement in controllability has to be felt to be believed. I’ve found the rifle capable of 2” groups at 100 yards, and it’s so shootable that one friend of mine gets 1.5” groups from his at 75 yards, offhand.

At 8.9 lbs. unloaded, the SOCOM’s short configuration brings its center of balance back far enough that it feels a couple of pounds lighter. Though Springfield offers an adjustable stock with AR-like pistol grip, I stayed with the conventional (original M14 configuration) stock because years of weapon retention has taught me that it gives much more range of movement to the defender in a struggle for the weapon.

If the SHTF situation happens, the SOCOM 16 — with prices starting at $1,987 MSRP — will prove to be worth every penny. I know that I’m happy I have mine, and I feel very secure having it handy.