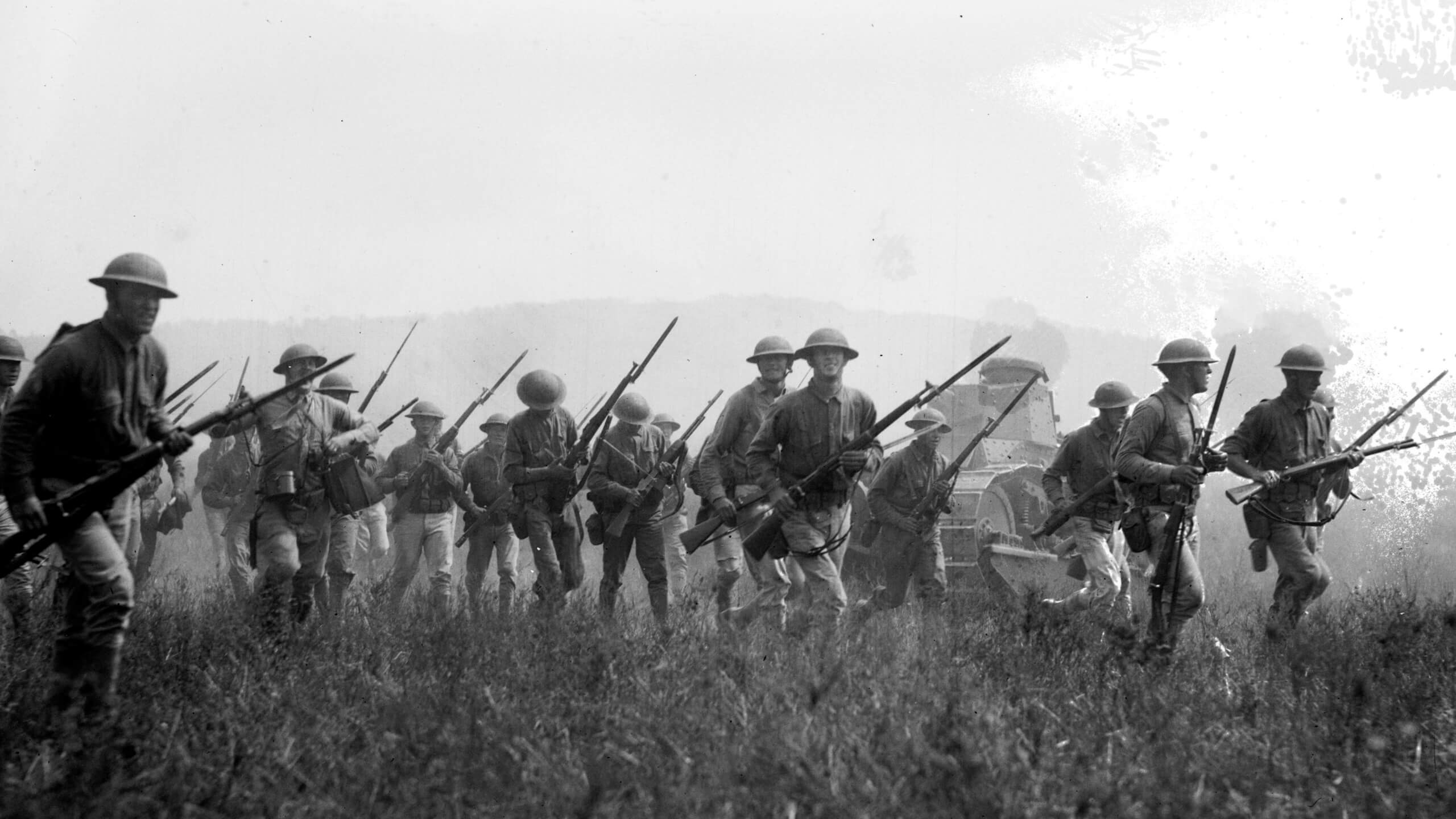 “Mr. Pedersen started his demonstration by firing the Springfield rifle he brought with him. After firing a few shots in the ordinary way, he suddenly jerked the bolt out of the rifle and dropped it in a pouch which he had with him, and from a long scabbard which was on his belt he produced a mysterious looking piece of mechanism which he quickly slid into the rifle in place of the bolt, locking the device to the rifle by turning a catch provided for the purpose. Then he snapped into place a long black magazine containing forty small pistol sized cartridges whose bullets were however of the right diameter to fit the barrel of the rifle. All of this was done in an instant and in another instant Mr. Pedersen was pulling the trigger of the rifle time after time as fast as he could work his finger, and each time he pulled the trigger the rifle fired a shot, threw out the empty cartridge and reloaded itself.”

A post-WWI Army Ordnance Magazine recounting of the secret October 8, 1917 demonstration of the Pedersen Device at the Congress Heights rifle range — via Bruce N. Canfield’s U.S. Infantry Weapons of the First World War.

It was a James Bond secret weapon moment, except it happened in October 1917. The role of “Q” was played by John L. Pedersen, a talented firearms designer. The rest of the cast at the Congress Heights range, including General Crozier, the Chief of Ordnance, along with other officers and select congressmen, were appropriately amazed by the standard bolt-action rifle turned into a semi-automatic within a matter of seconds.

Pedersen’s unique design, fitting snugly within a slightly modified M1903 rifle (the Springfield Mark I) quickly impressed all the right people. After the secret demonstration on October 8, 1917, assessments of the new device quickly moved up the chain of command. By December, General Pershing declared that he strongly approved, and requested 100,000 of the Pedersen Devices, along with 5,000 rounds per gun. Pershing also urged “great secrecy” around the project.

In a form of “hide-in-plain-sight” nomenclature, the Ordnance Department named Pedersen’s invention the “Automatic Pistol, Caliber .30, Model of 1918”. After it was adopted, the War Department even took a good amount of criticism for adopting a .30 caliber pistol after all the recent wrangling to design and adopt the .45 caliber M1911 pistol.

The naming ruse worked for intel purposes, but it was also functionally correct. The Pedersen Device was a semi-automatic blowback pistol, chambered for the relatively low-powered .30-18 ammunition, carried in 40-round magazines. The magazines featured cut-outs that allowed the firer to see the number of rounds remaining.

Pedersen’s goal was to provide the average infantryman with significantly more firepower, and his top-secret device was a unique way to address that important issue. The Army’s expectations were that it would allow an infantryman to convert their bolt-action M1903 rifle into a semi-automatic rifle in less than 20 seconds.

Assumptions were made that Pedersen’s weapon would be highly effective in both defensive and offensive operations. But in late 1917, America’s military was still novice, and certain concepts that appeared useful on training grounds in the USA (like “walking fire”) would quickly prove valueless on the battlefields of France. Another factor that is rarely mentioned in discussing the Pedersen Device, was that the device with two pouches worth of loaded 40-round magazines added 14 lbs. to an infantryman’s already heavy burden.

Production of the Pedersen Device (and its ammunition) began in March 1918. For compensation, Pedersen received $50K from the government for the rights to produce it and a 50 cent royalty for every one manufactured.

The Springfield Mark I Rifle

<img ” class=”logo-tal-icon” src=”https://www.thearmorylife.com/wp-content/themes/thearmorylife/img/logo-tal-icon.svg”/>Live The Armory Life. The latest content straight to your inbox plus an automatic entry to each of our monthly gun giveaways!

Although production of the device started in March 1918, finished Mark I rifles did not come off the production line at Springfield Armory until late in the year, most of them after World War I ended.  When the contract for the Pedersen Device and the Mark I rifle was cancelled on March 1, 1919, 65,000 devices (along with 1.6 million magazines) had been produced. More than 65 million .30-18 cartridges were made at Remington and 101,775 Mark I rifles were made at Springfield.

Born in Secrecy, Destroyed in Obscurity

Ultimately, the Pedersen Device never saw combat. The Great War ended in November 1918, and the Allied “Grand Offensive” of 1919 was nothing more than markings on a map. Some American forces remained in Europe for occupation duty in Germany, but most troops returned to the United States and normalcy. Even famous American weapons, like the Browning Automatic Rifle and the Browning M1917 machine gun, only saw a few weeks of service in the closing months of the Great War. The Pedersen Devices, already shrouded in secrecy, were placed into storage.

During the 1920s, U.S. Ordnance began to explore semi-automatic rifle designs, and John Pedersen’s fertile mind developed a weapon (chambered in .276, or 7mm) that would lose out to John Garand’s rifle design, the M1.

When the Pedersen Devices were declared surplus in 1931, they were not made available to the public (as they would be useless without the Springfield Mark I rifles), and nearly all the devices, magazines and ammunition were destroyed. Less than one hundred examples survived.  Even so, John Pedersen’s unique genius remains, a testament to what American ingenuity can create. 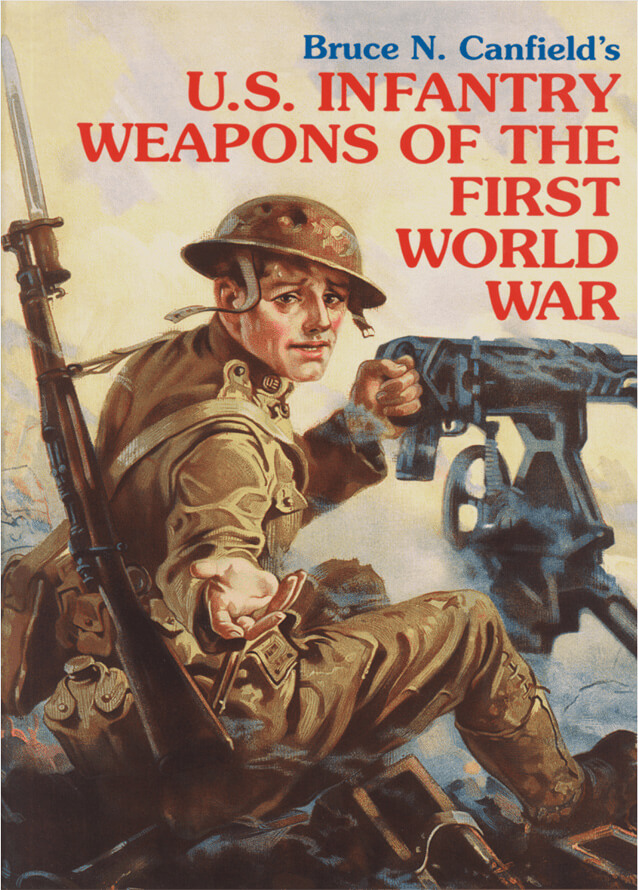